The World Premier of Cirque Eloize Hotel at the Benedum was a mesmerizing evening of entertainment highly recommended by FamilyFunPittsburgh. Hotel was inspired by the many days spent in hotels around the world as travelling performers.

“Hotels become our home,” Cirque Eloize cast member Julius Bitterling says. “We learn about people through our curiosity, our willingness to be open, by not treating the people we pass as strangers.”

Hotel is the story of people brought together in a hotel, forming temporary relationships and creating lasting memories. The characters form a strong bond, much like the cast itself. “We are away from home so long,” Julius explains. “Together we become a family.”

Set in the eponymous Hotel, the stage is dominated by a large front desk with a commanding sculpture that is used throughout the show to set the scene and as an athletic apparatus.

A weary traveler walks through the studio audience, searching for the Hotel. Once on stage he finds his friend. Together they perform a hand balancing act that is a sublime mixture of athleticism and wit.

We are then introduced to the other denizens of the Hotel – the slightly hyper, slightly obsessive but incredibly funny manager, the jazz singer who is a long-term hotel guest, the Bell Hop, the Handyman with his dog Carpette, the Diva, the staff, and the lovers who do not know they are meant to be together.

The Singer tells the story of the Hotel through song. The music is a mixture of jazz, ragtime, folk, and soul.

The Bellhop enters the stage with a giant hoop, called a Cyr Wheel after Cirque Eloize co-founder Daniel Cyr. The Bellhop and the Wheel become one in a captivating act.

There comedic acts interspersed with the artistic and athletic acts provided mainly by the Manager and the Handyman. Just as the Manager throws the Cyr Wheel out of his Hotel lobby, the Handyman gets tangled in a rope suspended over the same area. The Handyman explores the characteristics of the rope as he alternately fights with it and masters it.

Most of the cast participate in a playful hula hoop act set to a lively score. The Hula Hoops were an audience favorite with jaw-dropping stunts. The high-energy act is followed by a slow, intricate ropes act by a solo performer.

The action then moves to the Hotel basement where the Hotel staff battles water leaks. One of the staff runs around catching the “water drops” which he uses in an incredible juggling act set to a techno pop score.

Back up in the lobby, the Manager attempts to collect an errant piece of luggage leading to the funniest act of the night. Suitcase Man was a hit with all of the audience but the kids loved it and voted it “Best Act” of the night.

The entire concept of Hotel is encapsulated in a hand-to-hand acrobatic routine. A man and a woman embrace other people as the cast moves around the stage coming and going. The two end up alone together only to be broken apart again and again. As the routine ends, the couple makes a final decision about their relationship.

The entire cast comes together to bid farewell to the Singer, who is leaving the Hotel after an extended stay. The lobby is transformed into a pole act, with the cast performing amazing feats on the two poles capped by a finale of music and song.

The story is brought to life by a talented troupe of international artists. Part theatrical circus, part acrobatics, part comedy, part drama, and part musical – Hotel melds all of these elements together.

Cirque Eloize has been entertaining audiences for 25 years. The Montreal-based troupe has shows touring around the world. Founder Jeannot Painchaud fell in love with the circus arts at a young age. After graduating from Montreal’s National Circus School, Mr. Painchaud toured with various circus companies specializing in juggling, acrobatics, and artistic cycling. In 1993 he founded Cirque Eloize with Daniel Cyr, creator of the Cyr wheel. Cirque Eloize combines the awe-inspiring acrobatics of the modern theatrical circus with comedy and musical elements.

Cirque Eloize shows are designed for the entire family but recommended for older children (8+), tweens, and teens. The show runs for 85 minutes without an intermission. Children under the age of three are NOT admitted. Children 3 and over must have a ticket and must sit in a seat next to the accompanying adult. Children who “disturb the enjoyment of others” may be asked to leave without a refund. Children under 12 must be accompanied by an adult. For more information check here: http://www.pittsburghclo.org/buy-tickets/ticket-information/child-policy-info

The Benedum has a bag policy limiting the size of any bag brought into the theater to 16”x16”x8”. For more information check here: https://trustarts.org/pct_home/visit/safety-security .

Doors to the theater open one hour before show time. Latecomers may not be seated. Food and beverages for sale at the theater must be consumed in the lobby prior to entering the theater. Reuseable cups purchased at the concession stands and water bottles can be taken into the theater. Photography and video recording is prohibited. All cell phones must be turned off during performances.

The Benedum Center is located at 237 7th Street, Pittsburgh, PA 15222. Parking is in Theater District and Downtown lots. Check out http://parkpgh.org/ for available parking. The Wood Street Station on the T is within one half block of the Benedum. Numerous Port Authority bus routes are nearby. More information can be found here: https://trustarts.org/pct_home/visit/directions-parking . General information can be found here: https://trustarts.org/pct_home/visit/facilities/benedum 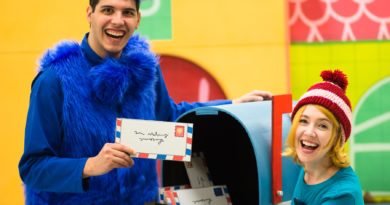 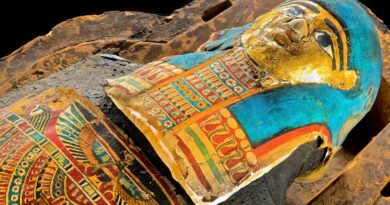 Mummies of the World at the Carnegie Science Center 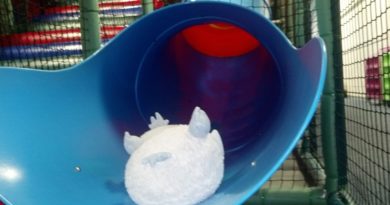