Head down to the Cultural District in Pittsburgh this weekend for a FamilyFun time at the EQT Children’s Theater Festival.

The EQT Children’s Theater Festival is an Arts Festival just for kids. Children from Preschoolers through tweens and teens will find many things to do and see. There are craft booths and activities, musicians and performers, and world-class theater all just for kids. (See our companion article about the featured performances during the EQT Children’s Theater Festival: http://familyfunpittsburgh.com/childrens-theater-festival-2018/  )

The heart of the EQT Children’s Theater Festival is the six featured performances. The performances are at the Byham Theater (101 6th Street), the Trust Arts Education Center (805 Liberty Ave), and the August Wilson Center (980 Liberty Avenue).

Featured performances are Murikamification, Emily Brown and the Thing, Fly, Air Play, and Sons of Mystro. Featured performances require tickets that cost $12 each with discounts for multiple performances. For a review of all of the shows, check here: http://familyfunpittsburgh.com/childrens-theater-festival-2018/

By far the most interesting and unusual production at the Festival is Murikamification. This show takes place throughout the Cultural District. Three artists use the city streets for performance art including a lot of interpretive dance and a bit if parkour. They run, jump, climb, and dance down a street, through an alley and a loading dock, across streets and through parks. Overall, FamilyFunPIttsburgh’s fitness watch said we walked about .6 of a mile during the performance. Murikamification is recommended for 7+ (and FamilyFunPittsburgh agrees as the performance involves walking and takes place on the city streets).

Start with the schedule for the theater performances and plan around your showtimes and places. Make sure you give your family adequate time to make it to your show time. Theater venues open 30 minutes prior to show time. Food and beverages are not permitted inside of the theaters. Make sure you eat before entering the theater and plan for a bathroom break before the show. Seating is not assigned. Guests are cautioned not to use seats for their bags and belongings as shows may be sold out and every seat may be taken. Stroller parking is at your own risk. Guests may bring in one bag per person measuring 16” by 16” by 8”. Bags and jackets are subject to searches. Guests 2 and older require their own ticket. Guests under 2 require a free lap pass available at the Theater Square Box Office at 655 Penn Avenue. Tickets are $12.00 per person per show with discounts available for multiple show packages. Go to https://pghkids.trustarts.org/kids to purchase tickets. Some shows may have tickets for sale prior to the show if available.

There is a NEW Baby Zone on the 4th Floor of the Trust Arts Education Building at 805 Liberty Avenue. This area has mats and a few soft toys for Babies and Toddlers to rest and play. The Zone is open during Festival hours.

The Festival can be enjoyed even if you aren’t going to a Featured Performance. Many of the activities and outside performances can be found in the Seventh Street and Penn Avenue area. Stop by the Festival Information Tents at Penn and Seventh Ave, the EQT Plaza, on Liberty Avenue near the Harris Theater, or the August Wilson Center to pick up your Festival brochure. It has a good map of the Festival and a schedule of events. On the back is your official Frog Stop Scavenger Hunt. Collect stickers at various booths and events around the Festival. Once you have collected five Frogs, you can head to Millie’s Ice Cream Truck on 7th Street and get a prize. Directions and the game card are on the back of your map. (Featured performances are Frog Stops.) All activities are FREE except where noted. Parent’s Note: Bring a large bag with handles to carry all of the craft and art projects you will collect as you go through the Festival. Trust us, you will need it!

The highlight of this year’s Festival is circle.circle.circle in the parking lot at 133 7th Street. This interactive art installation was created from hundreds of hula hoops tied together forming a labyrinth maze kids (and adults) can walk through. Kids can also play with stacks of hula hoops scattered around circle.circle.circle. There is a giant connect four game and a giant checkers game in this area too. (There are three Port-a-Pots in the back of this area. One is handicap accessible. These are the only Port-a-Pots in the Festival area.)

7th Avenue is closed from Liberty Avenue to Penn Avenue and again from Penn Avenue to past 133 7th Street. NOTE: Penn Avenue is OPEN to traffic. There are crossing guards in the area but vehicles are moving down Penn so be careful in this area.

Seventh Street has many Festival Booths and Food Trucks. The Festival Booths include the popular screenprinting booth from the Children’s Theater Series and the Bridge Theater Series. Kids can pick out their colors and have a screenprint of the Children’s Festival Logo on paper or a tote bag. Other booths include a mural based on the Festival’s show, Murikamification, music lessons, cartoon creations, Peter Pan activities, a mural, Hands-on Art Projects from Sweetwater Center for the Arts, and the very popular Fort Pitt Museum displays with art projects and activities.

The Parking Lot at the Corner of 7th and Penn has a large truck from EQT. The interactive video games were reminiscent of the interactive area of Spaceship Earth in EPCOT. EQT is the title sponsor of the Festival. Citiparks has a tennis clinic. Play a Giant Game of Chess or sit down for a story (“Diary of a Wombat” from Citiparks and then head to the booth next door to make a hat.

The Katz Plaza has several booths including an art project tied into Emily Brown and the Thing, an arts tent from Buzzword.org, and  the popular Eyeball Art (the FamilyFunKids reported the volunteers here were “not so nice” the day we went, hopefully this was an anomaly). The Public Safety Tent is here too and this is the starting point of Murikamification. There is a face painter here too. Face Painting costs $5 and $10 (cash only). FamilyFunPittsburgh likes Katz Plaza as a place for a quiet break. The large fountain and seating provides a good spot to get away from the chaos of the city and the Festival.

The upper EQT Plaza, near Liberty Avenue, has more booths for Preschoolers and Kids to Tweens. Remake Learning has a booth with science and craft projects. EQT has Be the Engineer. Gateway Health has Movement activities. There is an Emily Brown and the Thing booth. There is a storytelling booth too. The EQT Plaza hosts the Pop-Up Entertainment Stage. This Stage hosts entertainment and shows during the Festival. (See below for a complete weekend schedule.)

The Byham Theater hosts Air Play during the Festival. (Air Play is a Featured Performance. It is a ticketed show. Tickets cost $12.00 per person.) The Byham is also hosting numerous free activities on Saturday May 18th including a sensory play area, coloring, crafts, and other activities from 1030AM-330PM.

The August Wilson Center is very busy during the Festival. Emily Brown and the Thing and the Sons of Mystro play the Center. (These are Featured Performances. Cost is $12.00 per person.) Free activities include the Lego Derby Car Racing Experience (a Frog Stop) and PNC’s Grow-Up Great Mobile Learning Adventure for Preschoolers and Kids.

The Harris Theater at 809 Liberty Avenue is showing KidzFlicks, a continuously looping series of kid-friendly,  animated shorts. The theater is a quiet reprieve from the busy city streets and a recommended stop for families looking for a break. (This is also a Frog Stop.)

There is outdoor yoga at Garrison Place on Liberty Avenue during the Festival. There is a Stage Combat Workshop on Sunday from 1145-1245.

The Arcade Comedy Theater will be holding Improve Workshops at 943 Liberty Avenue. These 15-20 minute group lessons are for all ages. They also have a Kids Comedy show on Saturday and Sunday.

In addition to all of the activities there are free public art exhibitions throughout the Cultural District. Bricolage at 937 Liberty Avenue has a Radio Sound Effects Workshop from 1000AM-100PM and 200-500PM.

Getting to the Festival is easy if you use the Port Authority. Numerous bus stops are in the area and the Wood Street T station is across the street from the Festival area. If you are driving into the City, the best option is to check out parking availability using the following link: http://parkpgh.org/  Parking rates can be high in city lots, even on weekends.

There are three Port-a-Pots at 133 7th Street, behind circle.circle.circle. The only other bathrooms are inside of the Theaters and at the Trust Arts Education Center and the August Wilson Center. You will need a ticket to a show to use the Theater bathrooms. Most of the restaurants in the area, including the fast food restaurants, require you to make a purchase before using the bathrooms.

(FamilyFunPIttsburgh NOTE: FamilyFunPittsburgh must tell everyone DO NOT GO TO THE SUBWAY AT 703 LIBERTY AVENUE!. The owner is mean and nasty. FamilyFunPittsburgh has gone to this restaurant many times as FamilyFunSon loves Subway and we do not live near one. We usually stop by Subway before we get on the T to head home. The employees at this location are really nice. We were warned the owner, Harvey, was “a psychopath”. We had the misfortune of meeting Harvey. He is a terrible man. We were standing in line to order when he started screaming at us. He used foul language and specifically shouted at the FamilyFunKids without cause. We were told this is normal behavior by the owner; he simply lashes out with no cause. We were told he hates children in his store. BEWARE! The FamilyFunKids were so frightened, we had to leave. We went to the Subway on Penn Avenue which was MUCH cleaner with friendly staff. We have reported this incident to Subway but as a franchisee, there is little they can or will do. This location is convenient but it is quite dirty. Please do not take the chance that the owner is there as he was very scary.)

1045am – Songs for Young Whippersnappers (EQ)

1130am – Songs for Young Whippersnappers (EQ) 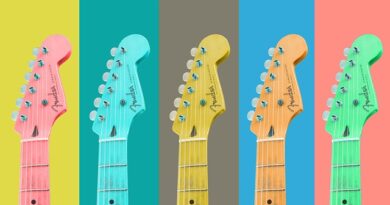 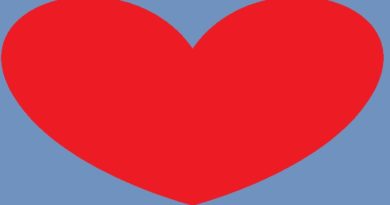 30 Ways to Celebrate Your Kids 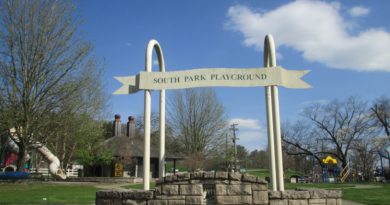