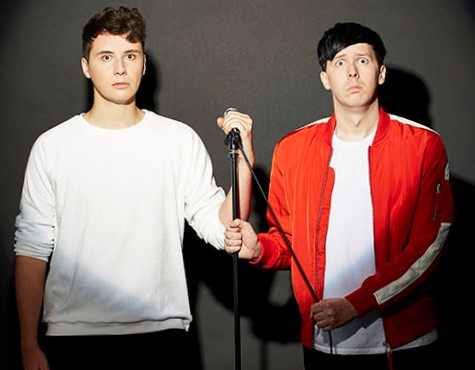 Interactive Introverts is the live, hilarious action-filled show from Daniel Howell and Phil Lester. Audience participation is not only encouraged, it is the basis of the show. Audience members can fill out an online questionnaire about Dan and Phil. They can ask the pair questions, opine about their personalities, fears, dreams, likes, and dislikes. The answers are integrated into the show making every show unique.

“We can’t wait to visit so many countries that we haven’t been to before and perform this really unique, exciting show for our audience that hopefully, everyone will love and never forget,” Daniel Howell and Phil Lester said in a November 2017 press release announcing their tour.

The show races through skits including a roast of the boys by their fans, a round of the Dan and Phil game Truth Bombs, and a battle between Dan and Phil for their Phan’s love. Audience participation continues with the Audience Award Ceremony and caps off with singing, dancing, and a lot of audience cheers. If you have a tween or teen that’s a Phan, they will want to see the show.

Sounds fun but if you are not a Phan, you may be asking the all-important question: Who?

Dan Howell and Phil Lester, known collectively as Dan and Phil, are talented YouTubers from Great Britain. Known for their unique brand of self-deprecating comedy, and overwhelming angst on the part of Dan, the two “lads” from Britain became early internet stars.

Phil started it all when he began posting vlogs on his YouTube channel, AmazingPhil, while at uni in 2006. Phil was just 19 at the time when he posted his first video “Phil’s Video Blog”. His friendly geekiness endeared him to fans worldwide. Phil grew with YouTube, hitting the 1 million subscriber mark in 2013. His channel now has over 4 million subscribers. (Phil also finished uni with a B.A. with Honours in English Language and Linguistics and a Masters of Arts in Video Postproduction with Visual Effects from the University of York, so he didn’t neglect his education.)

In The Amazing Book is Not on Fire Phil says, “I loved that you could share a little bit of your life with anyone in the world by putting videos on this website.”

On October 19, 2009 Dan Howell met Phil Lester and the rest is history. Dan was a huge Phil fan. Dan had just posted his premier video, “Hello Internet” on October 16th. Phil encouraged Dan to post to his own YouTube channel and danisnotonfire was born. Dan’s Phans love him for his eternal self-doubt and his charming, intense musings on life. In May 2017, Dan changed the name of his YouTube channel to DanielHowell. He now has over 6 million subscribers.

While Phil kind of stumbled into the whole “YouTube as a career” thing, Dan had a plan. “As a daydreamer I constantly fantasised about one day being a YouTuber too,” Dan says in The Amazing Book is Not on Fire. “I used to spend so long thinking about it that I had the whole thing planned out in my head!”

Dan and Phil often appear in each other’s videos and in 2014 they debuted DanandPhilGAMES, a gaming channel where they play video, VR, and board games. DanandPhilGAMES has over 3 million subscribers.

“We spent all of our free time when we weren’t making danisnotonfire and Amazing Phil videos playing video games so we thought ‘why not just film it and put it on the internet’!”, Dan and Phil say in The Amazing Book is Not on Fire.

Dan and Phil have been radio hosts on BBC1 Radio, award show hosts, voice over artists for movies and television, and award winners. They are the creators of the popular party game Truth Bombs and the app “7 second challenge”. They wrote two books, The Amazing Book is Not on Fire, which went to #1 on the New York Times Young Adult Hardcover List, and Dan and Phil Go Outside. Their first tour, The Amazing Tour is Not on Fire, was the largest tour ever by YouTube creators.

Phans of Dan and Phil are in for a night of “rants, roasts, battles, stories, and surprises that will make you laugh, cry, (and) cringe” as Dan and Phil “give the people what they want” on their Interactive Introverts World Tour. *

Interactive Introverts comes to Heinz Hall on July 22nd at 800PM. There are still plenty of seats available. Prices range from $37.75 – 97.75 plus fees. Get your tickets and become a Phan!

Heinz Hall is located downtown at 600 Penn Avenue, Pittsburgh, PA 15222. There is paid parking nearby in downtown garages. The T stops at the nearby Wood Street Station and numerous Port Authority buses stop nearby. (Note: The last run of the T is around 1100PM. The show lasts two and a half hours with an intermission so transit time will be tight for those riding the T.)

Take a Magic Carpet Ride with Aladdin at the Benedum 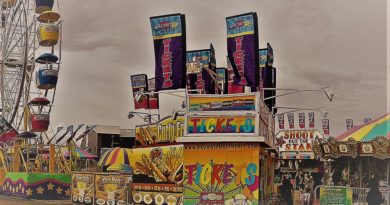 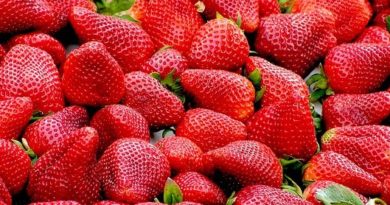