Disney on Broadway and the Pittsburgh Cultural Trust presents The Lion King at the Benedum Center September 4 – September 29 with a special Sensory Friendly performance on September 14th.

The magic of Disney comes to the stage in the “new” Disney classic, The Lion King. Watch as the amazing production transports you to the Pride Lands of Africa with beautiful music, dance, and amazing performances. The actors use puppetry, song, and dance to bring the movie to life. With classic songs and spectacular production numbers The Lion King is sure to delight audiences of all ages.

The Lion King debuted on Broadway in 1997 and still plays to sold-out crowds. Audiences are drawn by the allure of the award-winning production and classic story of family, responsibility, and friendship. From the moment Rafiki issues her familiar call to all of the animals across the Pride Lands to announce the birth of Simba, the Lion Prince, the audience is drawn into the pageantry of the show. Theatergoers will be familiar with the story, as it plays almost exactly as the plot of the Disney films, but children and adults alike will never forget the awe-inspiring spectacle of the live show.

Simba is presented as the newborn Lion Prince of the Pride Lands, confirming the Circle of Life. He adores his father Mufasa, but he also chafes at the expectations put on him by his people. He is a young lion who just wants to have fun! Simba falls under the influence of his evil uncle, Scar. Scar plots to kill Mufasa and Simba so he can take over the throne. Through trickery, Scar kills Mufasa but blames it on Simba, who leaves the Pride Lands believing he caused his father’s death. Simba wanders into the Jungle where he is befriended by a meerkat named Timon and a warthog named Pumba. The three embrace the Hukana Matata lifestyle – live every day to have fun.

Meanwhile Scar has taken over as the King of the Pride Lands. He has welcomed all manner of predators into the Pride Lands, including a pack of hyenas who are his henchmen. As the Pride Lands wither and die, Nala, Simba’s childhood friend, and the other lionesses decide to take action. Nala heads off in search of help. She finds Simba and convinces him to return to the Pride Lands and accept his destiny as the true King.

Scar and Simba fight as the rest of the creatures of the Pride Lands fight off Scar’s hyenas. The fight leads up to Pride Rock where Simba beats Scar. Simba shows mercy and allows Scar to live but banishes him from the Pride Lands. Scar takes one final chance to kill Simba, but he falls off of Pride Rock to his death.

Simba is proclaimed King. Later, Simba and Nala’s son is presented to the Pride Lands as the Circle of Life begins again.

While the musical follows the story of the original movies, the sumptuous production brings the story to life through beautiful staging, amazing costumes, and powerful song and dance. The Lion King is a Pittsburgh favorite returning for a month-long engagement.

The Lion King runs two and a half hours with an intermission. Disney on Broadway musicals are for a general audience but recommended for ages six and up. Every person must have their own ticket and seat. Please note (from the Theater website):  “Children disturbing the enjoyment of other theater patrons may be removed from the theater at the discretion of the House Manager without refund.” Is your child ready for a theater experience, check out our FamilyFunPittsburgh guide here: http://familyfunpittsburgh.com/pittsburgh-is-a-theater-town/

There is a Sensory-Friendly performance on Saturday, September 14th at 200PM. Tickets to this performance are limited. You must fill out the form on the Trust Arts website to access a link to a special site to purchase tickets.

Tickets can be purchased online here: https://trustarts.org/production/63015/disneys-the-lion-king or by phone at 412-456-4800 . The Benedum Center is located at 7th Street and Penn Avenue, Pittsburgh PA 15222. 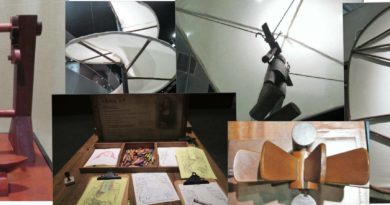 da Vinci The Exhibition – a FamilyFunPittsburgh Know Before You Go Guide 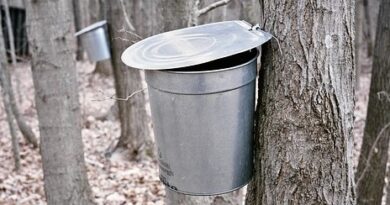 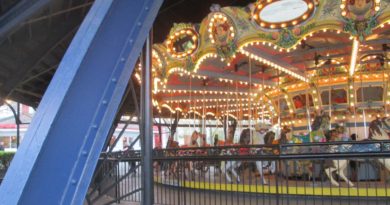