Celebrate the first lunar landing with the Heinz History Center and the Smithsonian for an out-of-this-world, interactive experience.

In 1961 President Kennedy laid out a grand plan – to send a man to the moon and safely return him to earth by the end of the decade. On July 20, 1969 Neil Armstrong became the first human to set foot on the moon. This stunning feat was known as the Apollo 11 Mission. To commemorate the anniversary of the mission, the Heinz History Center has partnered with the Smithsonian Institution’s Travelling Exhibition Service to present an epic exhibition that includes Columbia, the actual Command Module from the mission.

There are many artifacts from the actual mission in the exhibit. See the gloves and visor Neil Armstrong wore when he walked on the moon. Chart the progress of the Apollo 11 mission with a star chart. See Columbia itself. Columbia was the Command Module, the part of the space ship that stayed in space with Michael Collins on-board while Neil Armstrong and Buzz Aldrin took the Lunar Module down to the moon’s surface. The Command Module is the part of the ship the astronauts rode through during the fiery re-entry into Earth’s atmosphere.

Destination Moon is an interactive exhibit with artifacts, a “launchpad” entry, interactive video games, and a virtual tour of the inside of Columbia. The exhibit is included with entry admission to the Heinz History Center. Look for a FamilyFunPittsburgh Know Before You Go Guide soon!

The History Center is counting down to Blast-off on September 29th. The festivities start at 930AM in the parking lot across the street with a rocket-building activity for kids 6-12 years old. Just before 1000AM the South Hills Rocket Klub will launch a motor-driven rocket. Experts from the Smithsonian will be on hand to answer questions. See a Moon Show in a mobile planetarium. Kids who participate in the rocket building activity (and all of those kids who participated in the Heinz History Center rocket building activities at local libraries since August) will receive free admission to the History Center on the 29th and a free astronaut ice cream. The History Center is open until 500PM. You can buy advanced tickets here: https://shop.heinzhistorycenter.org/collections/admission/products/general-admission-destination-moon

The fun doesn’t stop with the Blast-Off celebration. Catch a special showing of “The Right Stuff” at Row House Cinema from 730-1000PM on Tuesday, October 2nd for $10.00 Details can be found here: https://www.heinzhistorycenter.org/events/destination-moon-movie-night-the-right-stuff . See “Hidden Figures” at Row House Cinema on October 3rd from 700-1000PM for $10.00. https://www.heinzhistorycenter.org/events/destination-moon-movie-night-hidden-figures

Come out to the Heinz History Center on Friday, October 12th for the Destination Moon Launch Party. The party runs from 600PM-900PM. The evening is filled with fun activities. See the Destination Moon exhibit. Catch a planetarium show in the Carnegie Science Center’s mobile planetarium. Create a command module and float it in for a landing. Make a silkscreen space image. Learn how to Moonwalk. Eat marinara-covered “moon-balls” and moonpies. Admission is $15.00 for adults and $5.00 for kids under 18. Check here for details:
https://www.heinzhistorycenter.org/events/destination-moon-launch-party

Visit the History Center for Destination Moon Family Day: All Things Armstrong on January 5, 2019 from 1100AM -300PM. Explore the life and history of Neil Armstrong with special, FamilyFun activities.

Destination Moon Family Day: Women in Space on February 9, 2019 from 1100AM – 300PM is another FamilyFun event. Explore the contributions of women to the space program with family activities. See a special live performance of “Beyond the Moon” by Pittsburgh CLO.

The Final Countdown for Destination Moon runs Feb. 16-17, 2019 with a weekend of special activities including a public performance of Pittsburgh CLO’s newest musical, “Beyond the Moon.”

The History Center is open from 1000AM-500PM 361 days a year. It is closed on New Year’s Day, Easter, Thanksgiving, and Christmas. Admission for Adults is $18, $15 for Senior Citizens (62+), $9 for students 6-17 with a valid school ID, $9 for children 6-17, children 5 and under are free. Visitors paying full admission at the History Center can present proof of admission to receive free same- and next-day admission to the Fort Pitt Museum and Meadowcroft Rockshelter and Historic Village. 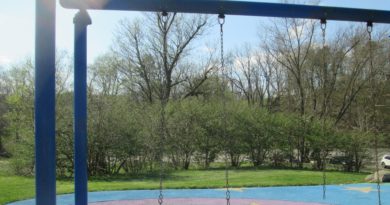 SpringFun – Top FREE FamilyFun Things to Do in Pittsburgh 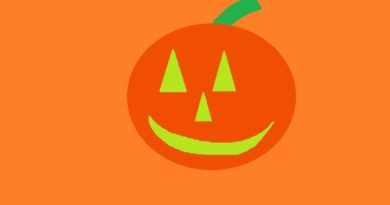 50 Fun Things to Do with your Kids this Fall