Mickey, Minnie, and their friends need your help. Captain Hook is trying to steal Tinkerbell’s magic and you have to help save her. Take a journey through beloved Disney movies with a show that soars with spectacular ice skating, awe-inspiring aerial acts, gymnastics, and more.

Mickey, Minnie, Donald, and Goofy playfully greet the audience along with the hosts of the show, Alex and Isabella.  All is well until the evil Captain Hook and his pirates attack. They trap Tinkerbell and steal her magic wand. Mickey and his friends must fill up the “Magic Meter” by finding seven “clues” to save Tinkerbell and defeat Captain Hook.

Mickey and friends embark on a journey to free Tinkerbell using the Treasure Map as their guide. Each of the seven clues leads them to a new Disney world. Their first stop is at Beast’s Castle where the enchanted servants launch into a rousing version of “Be Our Guest” that literally sails through air over the ice. Next up is Toy Story, a crowd-pleasing act with characters entering the audience. The true highlight is the Green Soldiers. The soldiers employ a teeter board and poles to spice up their antics during “You’ve Got a Friend in Me”.

The friends then head to see Moana where the themes of bravery, leadership, and determination  ar explored during “How Far I’ll Go, “You’re Welcome”, “I am Moana”, and “Know Who You Are”.

The final act of the first half is another crowd-pleaser. Mickey and friends visit Miguel and his family in the Land of the Dead from Coco. With skeletons on tall stilts, acrobats on poles, and skaters on the ice, celebrating Dia de los Muertos has never been so much fun. Set to the music of “Remember Me” and “Un Poco Loco”, the Magic Meter is half full!

There is a brief 15 minute intermission where everyone will run for the bathrooms. While the PPG Arena has a lot of bathrooms, the lines usually get long pretty quickly.

The second half of the show starts with a recap of the action so far plus a pirate number which gives the audience a bit more time to make it back to their seats.

Aladdin, Jasmine, and the Genie welcome Mickey and Company with “Friend Like Me” and “A Whole New World”. The next clue leads us Under the Sea. Ariel and Prince Eric perform a duet on and above the ice to “Under the Sea” and “Kiss the Girl”.

The final clue leads the Search Party to the Land of Arendelle. Elsa, Anna, Cristoff, Sven, and Olaf greet the searchers in the moment everyone has been waiting for. Elsa glides across the ice while Cristoff and the ice breakers catapult through the air. The land of Frozen fills up the rest of the Magic Meter and return to rescue Tink from Captain Cook and the Pirates.

Mickey’s Search Party ends with the entire cast of forty performers on the ice and in the air plus a few surprises. There is audience participation throughout the show and enough amazing acts to keep the whole family entertained.

Mickey, his friends, and the audience discover that the Magic needed to fill up the Meter are wishes, friendship, bravery, and love. There is plenty of this kind of magic to fill up the Magic Meter in Mickey’s Search Party.

Disney on Ice presents Mickey’s Search Party is at the PPG Paints Arena from February 28th through March 3rd.  Tickets cost $15 through $135. There are VIP Packages starting at $175 that includes character picture opportunities and Storytime with Belle. There are many add-ons including souvenirs available when you purchase your ticket. You can also add-on parking at the PPG Arena parking lots at the time of ticket purchase. Follow this link to get your tickets: https://www.disneyonice.com/ticket-info/Mickey’s%20Search%20Party/112398

The PPG Paints Arena is located at 1001 Fifth Avenue Pittsburgh PA 15219. There are public parking garages and surface lots near the Arena. There is street parking with meters along Fifth and Forbes Avenues and on some of the side streets. Port Authority buses stop along Fifth and Forbes Avenue including the 61A, 61B, 61C, and 61D and the 71A, 71C, and 71D. The closest T stop is Steel Plaza which is about a 10-15 minute walk away.

The EQT Three Rivers Regatta is Here! – A FamilyFunPittsburgh Know Before You Go Guide 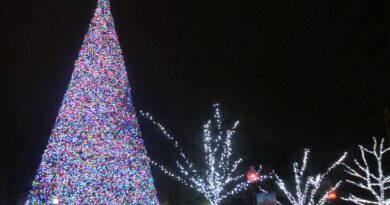 HolidayFun – Top 31 Things to Do in Pittsburgh for the Holidays