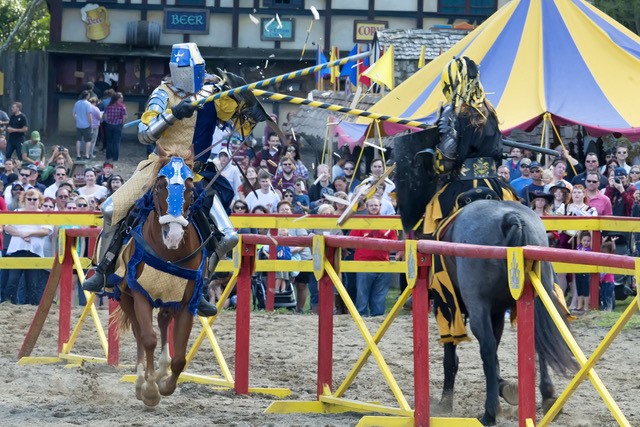 Hearken back to days of Yore to a 16th Century Village where you will meet King Henry Tudor and his (latest) Queen, Anne Boleyn, watch artisans practice their crafts, be entertained by wandering performers, shop at the many artisan and craftspeople shoppes, and eat delicious food. There are unique, humanpowered rides for the younger family members as well as story time and a Princess Tea Party. The highlight of each day is the Combat Joust where the brave Knights of the Realm fight for Kingdom and Honor.

The Pittsburgh Renaissance Festival is held every weekend, plus Labor day, through September 22nd. Each week has a special theme – August 17th and 18th is Opening Weekend where all are welcome, August 24th and 25th is Celtic Fling where men wear Kilts and are proud of it! August 31st, September 1st and 2nd is Children’s Appreciation Weekend with a special Princess, Prince, and Pirate Party, September 7th and 8th is the Wine Revelry. September 14th and 15th is the Pirate Invasion, and September 21st and 22nd is Oktoberfest and the Final Huzzah!

The Renaissance Festival is a FamilyFun event celebrating the English Renaissance with villagers and Lords and Ladies, Fairies and Pirates, Kings and Queens all mingling amongst the crowds in the Village. Entertainment is spread throughout the Festival. With so much going on, it would be nearly impossible to see it all in one day. Every Renaissance Festival performer stays in character at all times, creating a fun 21st Century version of the 16th Century.

There is plenty of entertainment at the Renaissance Festival. With nine stages plus the Joust Arena, there is something to see all day long. Working our way counter-clockwise from the entrance to the Festival, the first stage we come to is the Rose Stage. The Craic Show features a Medieval World Music at 1100AM, 1230PM, 330PM, and 545PM. Silks and Swords features sword-fighting belly dancers at 1145AM and 115PM. Lady Victoria plays the hammered dulcimer, a percussion stringed instrument, at 200PM and 415PM. Music for the Gathering plays at 245PM and 500PM. This interactive, fantasy music show is a crowd favorite.

The Greek Stage has a new act at the Renaissance Festival this year – Squire of the Wire. Watch as lit-wearing daredevils entertain with feats of bravery, stunts, fire, knives, and more at 1100AM, 1230PM, 200PM, and 330PM. Dragonfire features two fire artists. You will be amazed at the fire manipulation art of Dragonfire. Shows are at 1145AM, 115PM, 245PM, and 500PM. Silks and Swords is a belly-dancing group with a unique twist. They play the Greek Stage at 415PM and 545PM.

The Gingerbread Stage, near the Globe Stage, features Children’s Shows. The Topolino Sisters Children’s Stories brings to life the magic of stories and fairy tales with shows at 1130AM, 200PM, and 500PM. There is a Princess Tea Party at 400PM with Princess Mary. Join the royal Princess for this whimsical show but remember to bring your best manners – you are in the presence of royalty after all.

The Globe Stage is one of the main stages at the Festival. It is right next to the Canterbury Kitchen and across from the Carillon Bells Stage. The Greatest Pirate Story Never Told is an interactive, improvised Pirate extravaganza. The audience gets to shape the story making it unique every time. Show times are 1200PM and 245PM. The Crimson Pirate is a song-filled show with songs of the sea, and Irish, English, and Scottish Folk songs. Shows are at 145PM and 415PM. The Shakespeare Stage Show takes the stage at 115PM.

The Carillon Bells Stage is across the way from the Globe. It is a perennial Renaissance Festival favorite. The amazing music of the Carillon Bells ring out in the Cast in Bronze show at 1130AM, 1245PM, 215PM, 345PM, and 445PM.

The Washing Well Stage is home to the Washing Well Wenches, a Renaissance Festival favorite. Join the Wenches as they entertain and clean in this whacky, wet comedy routine. Show times are 1130AM, 100PM, 300PM, and 430PM.

The Crown Stage, near the Joust Arena, has two shows – The Duelists and Lady Amyelia. The Duelists is a ripping comedy show with swordfights and swift tongues. See them at 1115AM, 1230PM, 300PM, and 500PM. Lady Amyelea is a hypnotist extraordinaire. Watch her as she practices her craft at 115PM and 345PM.

The Joust Arena is home to the Knights of Noble Cause. Watch as the Knights fight on the King’s Field of Honor. At 1200PM Act I takes place as the Knights partake in the King’s Tournament of Skill with Equestrian Games and Combat. Act II starts at 230PM with the King’s Tournament of Arms. The Knights participate in an Armored Combat Joust. Act III is the Trial by Combat at 530PM where the Knights have a Joust to the Death. The King, the Queen, and their Court are often found at the Jousting Field, partaking in the Games of Chivalry and Honor. The Jousts are a crowd-favorite. Come and cheer on your Champion.

There is much more to the Renaissance Festival than the many shows. Costumed characters mingle with the crowds. Meet a Queen, talk with a Princess, see members of the Court and the villagers of the Renaissance Village. At 200PM, the Royal Court parades through the Festival as the Royal Procession makes their way to the Royal Pavilion near the Crown Stage. Look out for Isabella, the Living Statue who has been Cast in Stone. Watch as justice is carried out at the Vegetable Justice stand near the Crown Stage. Juniper the Fairy delights young and old with her magic and bubbles. Hear a story of daring from Temujin the Storyteller.

There are over 100 Artisans and Craftspeople plying their crafts and selling their wares throughout the Festival grounds. Catch live demonstrations four times a day at Historical Glassworks near the children’s rides and the Greek Stage. The Blacksmith Works near the Pirates Pub has daily demonstrations in metal work. Browse the many shoppes including purveyors of Renaissance clothing and weaponry, toys and jewelry. You will find artists selling their works as well as craftspeople who work in metal, wood, leather, pottery, cloth, and glass. For kids there are face painting, henna, and hair wrapping shoppes.

Food is an important part of the Festival. All food booths are CASH ONLY. Once again working counter-clockwise from the Main Gate, you will find the Royal Kitchens near the children’s rides. The Royal Kitchens have soup and chicken salad in bread bowls, pizza, breadsticks, smashed potatoes, meatball sandwiches, chicken wraps, and corn dogs. For dessert there is shaved ice, fruit cobbler a la mode, apple dumplings, ice cream sandwiches, strawberry shortcakes, and root beer floats.

The Queen’s Pantry and Pub is near the Joust Arena. You can try nachos & cheese, the knave sandwich, barbecue pork, chicken croissant, turkey drumsticks, corn on the cob, pickles, baked potatoes, cheddarworst, smoked bratwurst, and sausage-on-a-stick.

There are many activities for children. The Gingerbread Stage has children’s shows all day long. The Hippogriff Ride and the Nina, Pinta, and Santa Maria Ride are near the Royal Kitchens. Kids can ride the hand-powered giant swings for a fee. There is a Medieval Maze as well as a Pony Ride and a Haunted Dungeon. The Children’s Realm, near the Pirate’s Pub, has the free Butterfly Ride for younger children.

If you are looking for more to do, there are Games of Skill spread throughout the Festival. The games are Medieval versions of games found at amusement parks.

In addition to all of the regular offerings at the Festival, there are special events each weekend. The Celtic Fling August 24th and 25th brings the music of Ireland, Scotland, and England throughout the Realm. Irish singers and dancers entertain. Listen to the wandering Bagpipers. Enter the Men in Kilts contest or the “Think You Can Jig” Dance Contest.

It is Children’s Weekend and Union Members Weekend August 31st, September 1st, and 2nd. Children 12 and younger enter the Festival for free with a paying adult. Pick up the free children’s ticket at the box office. Union members with a valid ID can get a Buy-One-Get-One-Free adult ticket at the box office.
Special events for the weekend are aimed at kids. There is a Prince, Princess, and Pirate Contest. There is a Royal Quest, Knighting ceremonies with the King and Queen, and photos throughout the weekend.

The Wine Revelry is on September 7th and 8th. Whilst all are welcome and there is plenty to do for kids and families, this theme weekend is geared more to adults. Sample wines from Pennsylvania Vineyards and participate in the Grape Stomping Competition.

There is a Pirate Invasion and Military Appreciation weekend September 14th and 15th. All military personnel have a Buy-One-Get-One Free adult ticket and military children 12 and under get in free. All tickets must be purchased at the Box Office. Pirates invade the Festival throughout the weekend with swashbuckling tales and sword fights. There is a Pirate Treasure Hunt starting at the Main Gate at 1230PM. Enter the Mr. Caribbean Pirate Contest at the Washing Well Wenches Stage at 400PM.

Oktoberfest: A Final Huzzah closes out the Festival. German food and revelry take over the Festival for one final weekend. The Stein Lugging Contest is at the Joust Arena at 330PM. Oktoberfest is on September 21st and 22nd.

Privies at the Festival are near the children’s rides, near the Greek Stage, near the Globe Stage, and near the Queen’s Pantry Food Court. There are baby changing stations inside some of the privies. Just so you know … privies are Port-a-Pots. There are ATM’s at the Box Office, near the main entrance, and near the Pirate’s Pub.

The Festival is expansive. Expect to walk a lot. Dress comfortably. As noted above, the terrain is uneven and hilly in some areas.

The Box Office  accepst Visa and Mastercard. All Food Stands are cash only. Some vendors may only accept cash.

Guests are welcome to wear period costumes. All weapons must be sheathed, peace-tied, and checked by Safety Services at the Main Gate.

The Renaissance Festival has a picture contest. For more information, check here: https://pittsburghrenfest.com/photo-contest/

The Renaissance Festival is open from 1030AM – 630PM, rain or shine. No outside food and beverages are allowed. 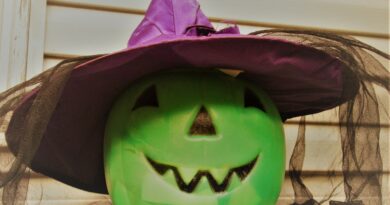 Pittsburgh’s Not So Scary Halloween Fun 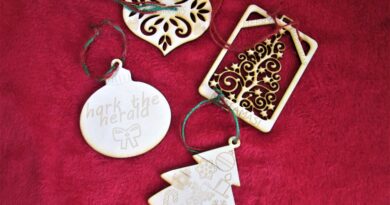 Make a Laser-Cut Holiday Ornament at the Carnegie Science Center 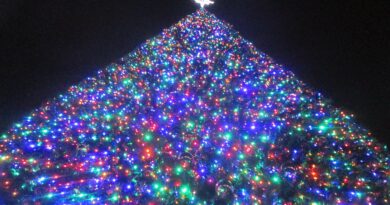